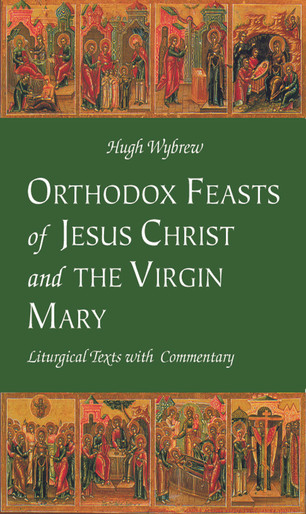 Christian faith in Jesus Christ as both divine and human was formulated as doctrine by the ecumenical councils of the Church in the fourth and fifth centuries. That doctrine was given liturgical expression in the feasts of Christmas and other festivals celebrating events in the life of Christ and Mary. These honor the Christian belief that, in Jesus, the Son of God became human so that human beings might share in the life of God.

This book presents selected Orthodox liturgical texts for these feasts of the incarnation. Freshly translated into modern English, each day's material is introduced by a short account of its thematic sources, and accompanied by a brief spiritual and theological commentary. An opening section gives a concise account of the development of the liturgical calendar and the origins of these feasts in the Orthodox Church.

Orthodox Feasts of Jesus Christ and the Virgin Mary introduces Western Christians to the doctrinal richness of Orthodox liturgical celebrations of the Word become flesh. A companion volume to Orthodox Lent, Holy Week and Easter, by the same author (SVS Press, 1997), it provides Christians of all traditions with material for meditation and personal prayer.

About the Author: Hugh Wybrew is an Anglican priest who has studied Orthodoxy for many years. He is Vicar of St Mary Magdalen, Oxford. He was previously Dean of St George's Anglican Cathedral in Jerusalem, where he was in close contact with Eastern churches. He is also the author of Introduction to the Orthodox Liturgy(SVS Press, 1996).

Mary, Worthy of all Praise: Reflections on the Virgin Mary

Jesus: Fallen? The Human Nature of Christ Examined from an Eastern Orthodox Perspective

Year of Grace of the Lord, The