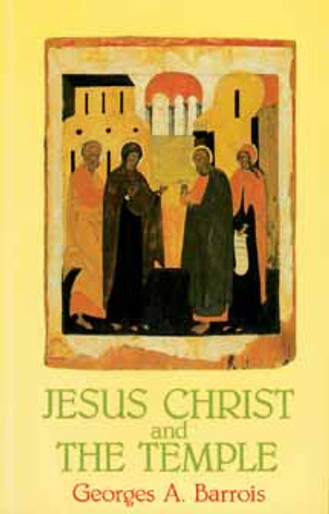 In the beginning, God spoke the Word; and God's Word was addressed to the Fathers of the Old Testament. In the fullness of time, the eternally begotten would be born a man. St Luke relates how Joseph and Mary presented the child to the Lord and how they went up as a family to Jerusalem for Passover. As a grown-up, Jesus traveled with his disciples to attend the feasts of the Temple, and St John follows the rhythm of the Temple calendar in composing the Gospel.

Professor Barrois uses his wisdom and scholarship to describe the epic of salvation in the manner of a diptych, whose leaves ought not to be read separately - The Old Testament: the pattern of Hebrew worship and the religion of the Temple; The New Testament: the earthly life of the Messiah ushering in the new age, as the Church looks to the life of the world to come.

The Author:Professor Georges A. Barrois, born and educated in France, served on the faculty of the Ecole Biblique et Archeologique Francaise in Jerusalem in the interval between the two world wars. An expert in Old Testament archeology, he took part in or conducted the exploration and excavation of several sites in the Middle East and wrote the important two-volume Manuel d'Archeologie Biblique. Following the outbreak of World War II, he came to the United States, where he taught at Princeton Theological Seminary. A convert to Orthodoxy, he was Visiting Professor of Old Testament at St Vladimir's Orthodox Theological Seminary.