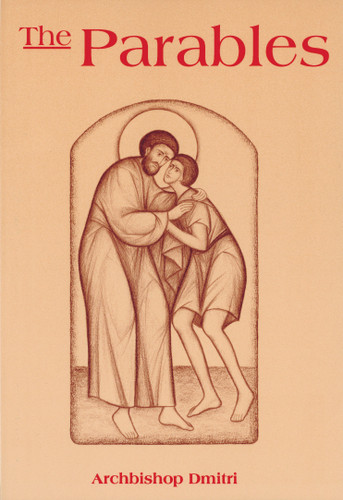 The teachings of Jesus Christ recorded in the Gospels come to us in a variety of forms, including parables, illustrations of spiritual truths by means of familiar earthly things and incidents. Their theme is the Kingdom of God, and they are as meaningful for us today as they were for those who heard them from the Lord's own lips.

Each of the 27 sections of The Parables offers a brief but concise and thoughtful summary of a single parable, examining not only the Gospel texts but the way in which these texts have been interpreted in commentaries by the Fathers and used in the traditional liturgical texts. These simple but rich commentaries will profit any reader in search of guidance through the spiritual and moral ambiguities of the modern world.

About the Author: His Eminence Dmitri Royster, retired Archbishop of Dallas and the South of the Orthodox Church in America, and author of six SVS Press titles, fell asleep in the Lord on 28 August 2011.

Mount Athos, Volume 9: The Parable of the Prodigal Son

The Prodigal Son the Parable, Paterikon for Kids 82

Parable of the Prodigal Son: A Commentary in the Light of the Fathers