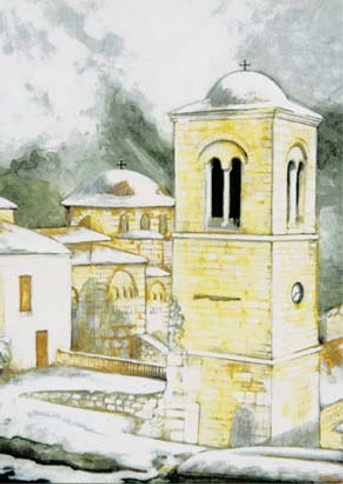 Blessed Luke (Hosios Loukas in Greek) of Steiris died in 953. The Monastery bearing his name was built, early 11th century, in the region west of Athens and north of Delphi, probably by the Igoumenos (Abbot), Philotheos, with some help from Byzantine Emperor Romanos II (963-969), shortly after the saint's death. Its mosaics are among the most beautiful to have survived from the Byzantine world.