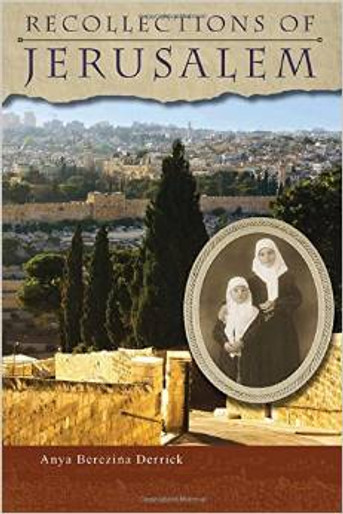 In this autobiography, readers see how Anya Derrick’s life has been intimately connected to the earthly city of Jerusalem in Palestine. There, surrounded by political conflict and religious tensions, she was raised in the spirit of Holy Russia, as manifested in the life of the Russian Ecclesiastical Mission, the Mount of Olives convent, the Gethsemane convent, and the Bethany School. Her spiritual life was nurtured by St John (Maximovitch) of Shanghai and San Francisco, Archbishop Antony (Sinkevich) of Los Angeles, Archpriest George Grabbe, Mother Mary (Robinson), and in particular the English priest-monk Lazarus (Moore), as well as other luminaries of the Russian Church Abroad. Through the author’s eyes, a new perspective can be gained on their pastoral ministry and personalities. Her experience with these people and places sustained her faith during subsequent wilderness years when the Church was geographically distant from Anya and her burgeoning family. After marriage in America, she struggled to preserve her cultural and religious heritage and even more so to share these with her husband and instill them in her children. Anya’s life opens up a very different 20th century. She shows how current situations have been shaped by past events such as the Bolshevik revolution, Russian civil war, and the Arab–Israeli conflict. She offers a window into the struggles, life, and aspirations of the Russian diaspora after the Communist takeover of their ancestral homeland. This vivid work will speak to and inspire anyone fighting to maintain the faith and practices of their youth.

"...a snapshot of an unrepeatable time long gone of a pious collective of monastics and laity; set in unique circumstances and in a land permeated with sanctity." -Kyrill, Archbishop of San Francisco and Western America, Russian Orthodox Church Outside of Russia

Anya Berezina Derrick was born in Belgrade, of Russian parents. She worked as a volunteer nurse in Jerusalem and as a librarian at a West Bank University. She holds M.A.'s in both Russian Language & Literature and Library Sciences. Now enjoying an active retirement, she lives in Everett, Washington.

Touching Heaven: Discovering Orthodox Christianity on the Island of Valaam