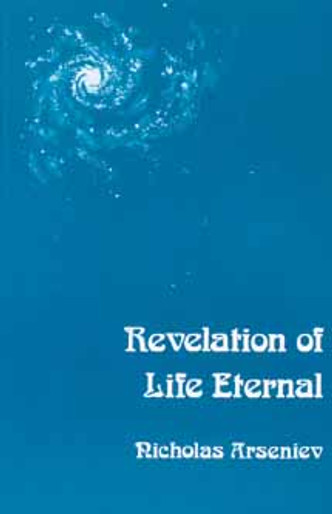 With remarkable breadth of vision - encompassing such diverse phenomena as Sufi mysticism, the Rig-Veda, Australian tribal religions, and medieval religious poetry - Prof. Arseniev indicates both the decisive significance of the Christian massage and the historical preparation for it. Based upon a series of lectures delivered at St Vladimir's Seminary in courses on Christian apologetics and Orthodox mysticism, these essays present an Orthodox evaluation of "world religions." They constitute an inspiring introduction to man's universal quest for God and its fulfillment in the Gospel.

The Author:Prof. Nicholas Arseniev, late Professor of New Testament and Apologetics at St Vladimir's, enjoyed a remarkably fruitful scholarly career in his native Russia, in Germany and Poland, and finally in America. By his death in 1977, he had written over 174 books and articles, showing throughout his broad spiritual and intellectual horizons.

Other books by Prof. Arseniev published by St Vladimir's Press include his classic Mysticism and the Eastern Church and Russian Piety. Both provide further insights into the themes set forth in Revelation of Life Eternal.