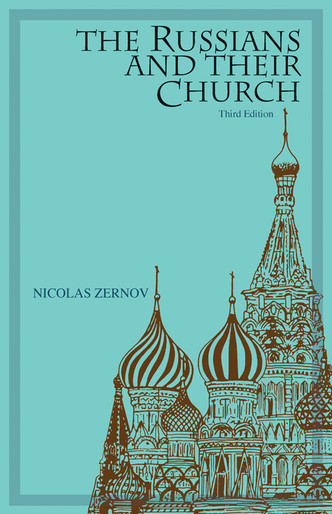 For most people, the Russian Church, past and present, is one of the most enigmatic features of that paradoxical country. Yet a knowledge of the part played by the Orthodox Church in the lives of Russians before and after the Revolution is a key to any understanding of their history and culture. This readable introduction to Russian Church History covers its whole course: the early beginnings among the pagan Slav communities, the vital and touchy interaction of Church and State during the turbulent reigns of the Tsars, and the Church's narrow escape from destruction after the Bolshevik Revolution.

For this edition, Nicolas Zernov, who is the author of many authoritative works on Russia and the Orthodox Church, has revised and amplified the chapters dealing with the post-Revolutionary Church. The changeable attitude of the Communist State towards the Church is described, including the astonishing resurgence of Christianity tolerated during the Nazi invasion of 1941, and the unexpected persecution under the "liberal" Khrushchev, and there is a warning of the dangers continuously menacing the Church in Russia.

Other noteworthy books on Christianity in Russia from St Vladimir's Seminary Press include: The Millennium: Christianity in Russia, 988-1988 by Albert Leong, ed.; St Sergius and Russian Spirituality by Pierre Kovalevsky, St Tikhon of Zadonsk by Nadejda Gorodetzky, and The Religion of the Russian People by Pierre Pascal. All four books provide further insights into Russian religious life and thought over the centuries.

Sacred Gift of Life, The