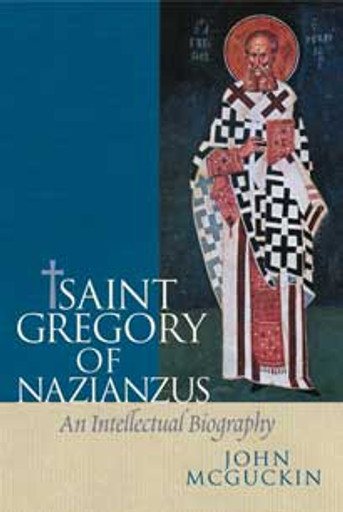 St Gregory of Nazianzus (ca. 390-391) is one of the most important theologians of the early Christian Church and was without question one of the most learned men of his generation. This present study is the first critical analysis of the man, his writings and inner life in the English language. It offers definitive insight into the mind of one of the greatest protagonists of Nicene theology, and through his extraordinary personality, opens a window onto the world of late antiquity and the place of the Christian Church in it.

Alongside Basil the Great and Gregory of Nyssa, Gregory of Nazianzus is known as one of the Cappadocian Fathers. He worked to bring unity to a church deeply divided by the Arian crisis, and to demonstrate the perennial significance of the Nicene faith. He was the chief architect of the orthodox doctrine of the Trinity of co-equal persons in God and an important Christological writer whose works were definitive for the Council of Chalcedon. The fathers of Chalcedon acclaimed him as "Gregory the Theologian," the title by which he has subsequently been known in the Eastern Church. In his dream of a world culture renewed by the spirit of the Gospel, he stands as the veritable founding father of the Byzantine religious synthesis, and his own conception of the vision of God as light made him an important authority for Byzantine spiritual writers.