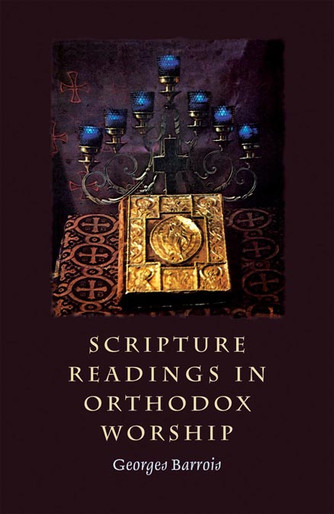 Written by a noted theologian, this work features the scripture lessons of the Orthodox Church through the course of its liturgical seasons and feasts. Scriptural texts are interpreted within the context of the Church's worship and prayer.

About the Author: Professor Georges A. Barrois, born and educated in France, served on the faculty of the Ecole Biblique et Archeologique Francaise in Jerusalem in the interval between the two world wars. An expert in Old Testament archeology, he took part in or conducted the exploration and excavation of several sites in the Middle East and wrote the important two-volume Manuel d'Archeologie Biblique. Following the outbreak of World War II, he came to the United States, where he taught at Princeton Theological Seminary. A convert to Orthodoxy, he was Visiting Professor of Old Testament at St Vladimir's Orthodox Theological Seminary.

Orthodox Christianity Volume IV: The Worship and Liturgical Life of the Orthodox Church

Psalm Verses of the Orthodox Liturgy

The Shape of Biblical Language

Message of the Bible, The