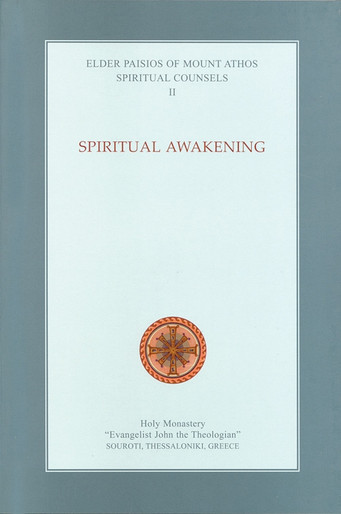 Elder Paisios (1924–1994) was one of the most loved and revered Greek Orthodox Elders of our times. Living as a monk in the ancient monastic republic of Mount Athos, Greece, he lived in the Kingdom of God even while on earth, and received many heavenly visitations. He lived in obscurity, giving himself over entirely to God, and God gave him to the whole world. During the last fifteen years of his life, he spent his nights in prayer and his entire days gathering human pain and spreading divine consolation. He guided, consoled, healed, and gave rest to countless people who took shelter in him. His sanctified soul overflowed with divine love, and his face radiated divine Grace.

Living in the modern age with us and at the same time living in union with God, Elder Paisios confronted the problems of our times with directness and courage. Deeply grounded in the wisdom of the ancient Holy Fathers, and partaking of their life of holiness and ascesis, he passes on this patristic wisdom to us in a manner that is down-to-earth and accessible. His words of teaching powerfully touch the heart, kindling in it the same divine love that abundantly filled the Elder.

In the second volume of the series, Elder Paisios deals with the theme of constant vigilance and readiness, preparing us for difficult situations and conditions of life. Some of the subjects included are “The Responsibility of Love,” “Struggle and Devoutness,” “Spiritual Bravery,” “Dependence upon Heaven,” and “Spiritual Weapons.”

“Whoever has faith in God and a sacrificial spirit does not consider himself. When someone does not cultivate the spirit of sacrifice, he thinks only of himself and wants everybody to sacrifice themselves for him. But whoever thinks only of himself is isolated from others as well as God—a double isolation—in which case he cannot receive divine Grace. He becomes a useless person. One can readily see that he who thinks constantly of himself, his difficulties and troubles, and so on, will not find even some human assistance when a need arises…. On the contrary, someone who does not think of himself but thinks constantly of others, in the good sense, will be thought of constantly by God, and then others will also think of him.”  —Elder Paisios the New of Mount Athos 424 pages, paperback