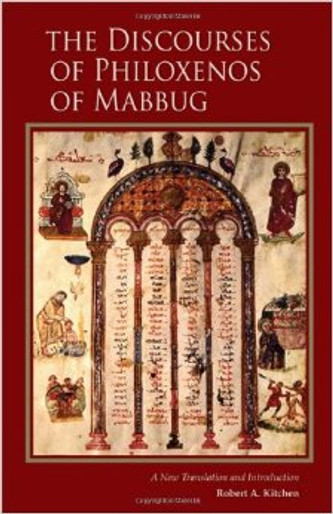 The thirteen Discourses of Philoxenos of Mabbug (445-523) were delivered to new monks at a monastery under his episcopal care. Written in elegant Syriac, the Discourses deal with the fundamentals of the monastic and ascetic life-faith, simplicity, fear of God, renunciation, and the struggle against the demons of gluttony and fornication. This is Philoxenos's longest work and his most popular. It avoids the strident character of his letters and commentaries that were composed to advance the anti-Chalcedonian movement.

This is the first English translation of an important Syriac text since the 1894 translation, now difficult to find. The introduction to this translation of the Discourses takes into account the scholarly work done and the books and articles published about Philoxenos in the past half century. There are no other titles in English that deal with the Discourses in this depth.

Robert A. Kitchen is a minister of Knox-Metropolitan United Church, Regina, Sakatchewan. He read for the D.Phil at Oxford in Syriac literature under the supervision of Sebastian P. Brock. With Martien F. G. Parmentier, Robert A. Kitchen translated and introduced The Book of Steps: The Syriac Liber Graduum, CS 196 (Kalamazoo, MI: Cistercian, 2004).