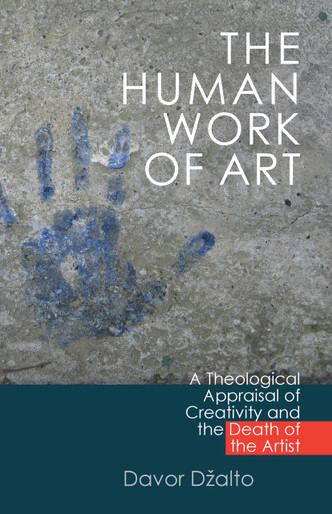 "Creativity” is not usually a word uttered in the same breath as “Orthodox theology.” Yet it should be. Orthodox Christianity is part of a living tradition that bears witness to some of humanity’s greatest creative achievements—from the formulation of Trinitarian theology to the architectural genius of Constantinople’s Hagia Sophia. The Human Work of Art explores the place and meaning of human creativity.

Džalto draws from the Orthodox theological framework of John Zizioulas and Nikolai Berdyaev to reveal creativity as a vital part of the human person. His ideas are not merely postulated in an intellectual vacuum but are instead explored in dialogue with the modern art of Marchel Duchamp, Andy Warhol, and others. Džalto shows us that once creativity is understood as a basic capacity of the human being, we can then begin to understand its potential role in Orthodox ecclesiology, eschatology, and soteriology.

Davor Džalto is Associate Professor of Art History, Religious Studies & Iconography at The American University of Rome, and President of The Institute for the Study of Culture & Christianity.