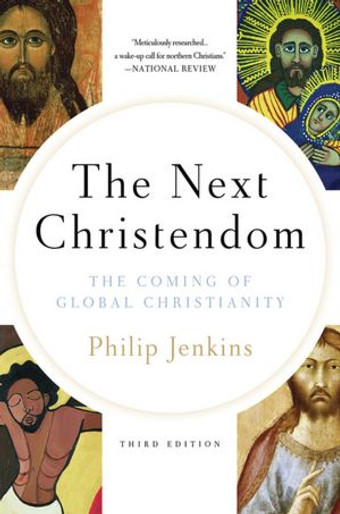 In this new and substantially expanded Third Edition, Philip Jenkins continues to illustrate the remarkable expansion of Christianity in the Global South- in Africa, Asia, and Latin America. Drawing upon the extensive new scholarship that has appeared on this topic in recent years, he asks how the new Christianity is likely to affect the poor, among whom it finds its most devoted adherents. How should we interpret the enormous success of prosperity churches across the Global South? Politically, what will be the impact of new CHristian movements? Will Christianity continue to liberate the poor, to give voices to the previously silent, or does it threaten only to bring new kinds of division and conflict? Does Christianity liberate women, or introduce new scriptural bases for subjection?

"Jenkins is to be commended for reminding us, throughout the often gripping pages of this lively work... that the history of Christianity is the history of innovative- and unpredictable- adaptations." -The New York Times Book Review

"This is a landmark book. Jenkins' thesis is comprehensively researched; his analysis is full of insight; and his projection of the future may indeed prove to be prophetic." -Baptist Times

"A valuable and provocative look at the phenomenon widely ignored in the affluent North but likely to be of enormous importance in the century ahead."

Philip Jenkins is Edwin Erle Sparks Professor of History and Religious Studies at Pennsylvania State University and Distinguished Senior Fellow at the Institute for Studies of Religion at Baylor University. He is the author of many books and articles, including the acclaimed The Future of Christianity Trilogy, consisting of The Next Christendom: The Coming of Global Christianity, The New Faces of Christianity: Believing the Bible in the Global South, and God's Continent: Christianity, Islam, and Europe's Religious Crisis.