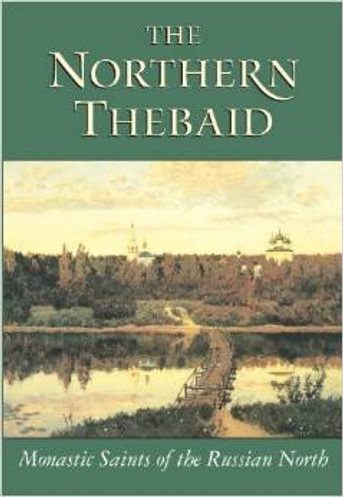 From the fourth century A.D., the desert Thebaid of Egypt was the home of thousands of monks and nuns who made the desert a city peopled with Christians striving toward heaven in the angelic way of life. A thousand years later, no fewer thousands of monks and nuns, likewise seeking union with God, went to live in the forests of northern Russia, creating what has become known as the "Northern Thebaid."

Just as the sultry AFrican nature with its clear blue sky, lush colors, its burning sun, and its incomparable moonlit nights, is distinct from the aquarelle soft tones of Russia's northern nature with the blue surface of its lakes and the soft shades of its leafy forests- in the same way the sanctity of the Saints of the Egyptian desert, elemental and mighty, is distinct from the sanctity of Russia, which is quiet, lofty, and as crystal-clear as the radiant and quiet evening of the Russian spring. But both in Russia and in Egypt there is the same noetic prayer, the same interior silence.

Illustrated with rare pictures from the old Russian books and magazines, The Northern Thebaid chronicles the lives of a number of holy men and women of the Russian forests, presenting the Orthodox monastic tradition which inspired them and which is still alive today for those who would following their footsteps. This edition is a facsimile of the original edition, which was hand-printed by Fr. Seraphim Rose and his monastic brothers in the mountain forests of Northern California.

Arena, The: Guidelines For Spiritual and Monastic Life

The Prologue From Ochrid (Set)

The Nativity of Christ, Paterikon 12