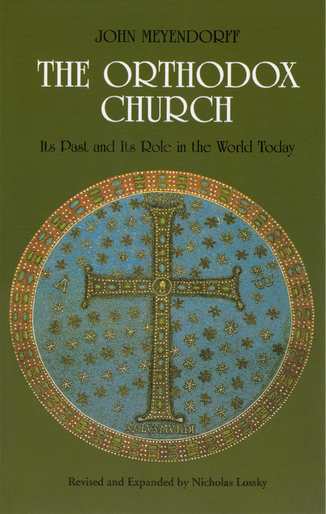 With the fall of Communism and the newfound freedom of Eastern Europe, the Orthodox Church was met with new challenges and opportunities. It has become apparent that its history and its current reality are either unknown, extremely unfamiliar, or laden with cliches.

The Orthodox Church, presented here in a newly revised edition, has become an indispensable classic on the history of the Orthodox Church and the unique position it holds in today's world. Fr Meyendorff reviews the great events and the principle stages in a history of nearly two thousand years, its diversity not only in Eastern and far-Eastern countries, but also in the West and in the whole world. He also presents the culture and spiritual tradition of Orthodoxy, its connection to other Christian churches, its religious activities in various communities and its position and actions in former Eastern communist countries. The postscript describes the new post-Communist situation of Orthodoxy.