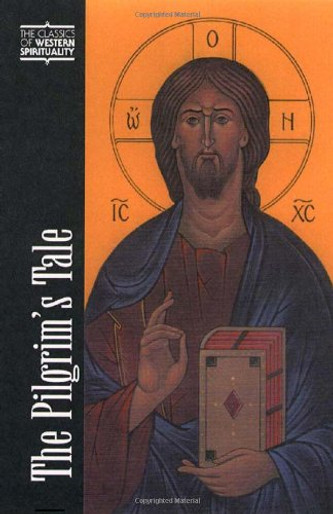 THE CLASSICS OF WESTERN SPIRITUALITY

edited and with an introduction by Aleksei Pentkovsky

"The prayer of the heart caused me so much delight that I supposed there was no one on earth happier than I. I was at a loss to think how there could be a greater and better delight in the kingdom of heaven." -From The Pilgrim's Tale, on the occasion of a fourth and unexpected meeting

"The history of the text of the Pilgrim's Tales is typical of Russian spiritual literature of the eighteenth and nineteenth centuries, which originates in the literature of medieval Rus' and continues its traditions. In this essentially medieval literary tradition, texts were not only transcribed or, at a later date, reissued; they were also redacted, supplemented, abbreviated, and used in the composition of new works. One of the typical figures of this literature was that of the pilgrim or wayfarer, journeying toward Jerusalem. The description of a pilgrimage was one of the typical genres, and pilgrimage itself was one of the characteristics phenomena of the Russian Orthodox tradition. Generally speaking, the mystic whose life is dedicated to searching for God is compared with the wayfarer or pilgrim, and the spiritual life is compared with a journey or pilgrimage...

"[I]n the nineteenth century too, pilgrims made their way across Russian territory, carrying on an ancient tradition. They would head for Jerusalem, thereby signifying their quest for and perhaps their discovery of 'the city above' on account of which they had abandoned their worldly lives. Of course, their relationship to the wandering mystics was far from the reverential priest, or the pious peasant who became 'a seeker of unceasing prayer.' Here both Mikhail Kozlov (1826-84) and Arsenii Troepol'skii (1804-70) were following a stable tradition whose foundation lies in the Christian culture of medieval Rus', which was handed down to the nineteenth century thanks in many respects to the culture of the Old Ritualists...

Spiritually Beneficial Tales of Paul, Bishop of Monembasia, The