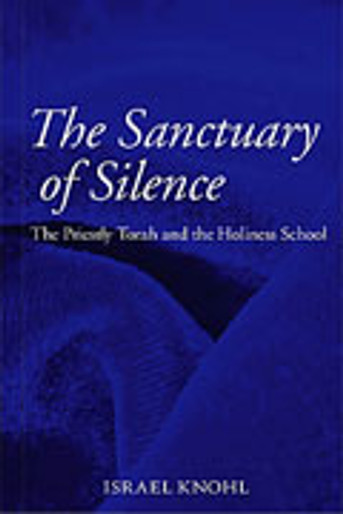 Israel Knohl offers a new perspective on the history and theology of the Priestly source of the Pentateuch. By means of an analysis of specific texts—for example, those that deal with the Sabbath and the Festivals— Knohl demonstrates the existence of two separate Priestly sources, loosely speaking, the two sources that we have referred to as P and the Holiness Code. The "Holiness School" is shown to have been active subsequent to the school that produced the Priestly Torah and, in fact, to have been responsible for the great enterprise of editing the Torah. Knohl examines the conceptions of divinity and ritual reflected in Priestly thought and legislation in ancient Israel and the changes revealed in these conceptions over time. The priesthood appears as an elite group that was closeted within the walls of the "Sanctuary of Silence," drawn toward the hidden, noble divinity ensconced within its shrine. The later stratum of Priestly writings expresses a desire to transcend the limits of the temple and go out into the broad avenues of the nation, even at the price of surrendering the loftiness of earlier faith and practice. The conclusion describes the changes that occurred in the priests" world view as an attempt to come to terms with the socioreligious crisis that had brought about a disjunction between ritual and ethics. In response to this crisis, the priests developed a wider conception of holiness, one that integrates ethics and ritual in one sphere.

The Sayings of the Desert Fathers

The Shape of Biblical Language

The Silver Series, Volume 2: On the Holy Spirit

The Silver Series, Volume 3: On the Church