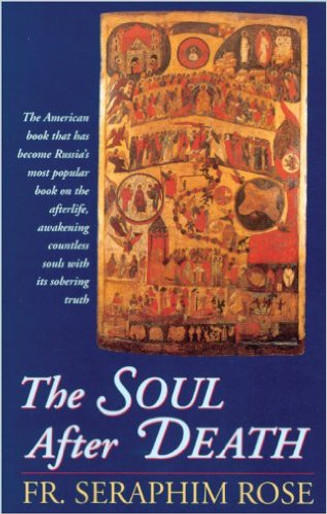 What happens to the soul when it leaves the body at death? What is its state from then until the Last Judgement? Do the numerous present-day books on life after death give any real answers to these questions, or are they only hints about a reality which even those who "return from the dead" often misunderstand?

The present book is a presentation of the 2,000 year-old  teaching and experience of the Eastern Orthodox Church on the reality of the other world, as contrasted and compared with today's "after-death" experiences on the one hand, and with the teaching and experience of age-old occultism on the other. On the basis of the divinely revealed knowledge of saints and visionaries throughout the centuries, this book discuses:

The author, Fr. Seraphim Rose (1934-1982), was an American Orthodox monk in the ancient tradition who dedicated his life to reawakening modern Western man to forgotten spiritual truths. From his remote cabin in the mountains of northern California, he produced writings that have had a tremendous international impact. He is one of the most loved and revered spiritual writers in Russia today.

The Synaxarion: The Lives of the Saints of the Orthodox Church, Volume II: November, December

The Synaxarion: The Lives of the Saints of the Orthodox Church, Volume I: September, October

The Synaxarion: The Lives of the Saints of the Orthodox Church, Volume VI: July, August