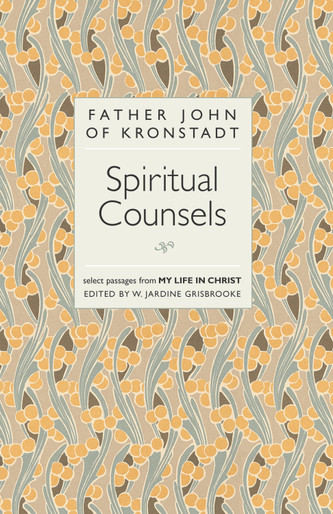 The nineteenth century in Russia was a time of considerable religious revival. Many thousands of ordinary people of all classes and callings flocked to elders, or startsi, for spiritual, and also temporal, advice. These startsi, who exercised a remarkable ministry, were generally monks, but one of the most famous -- Fr John of Kronstadt -- was not a monk, but a married parish priest and rector of a large cathedral in the naval port of Kronstadt. The practical and down-to-earth teaching of this charismatic Russian pastor reveals him as a man of action as well as prayer. His spiritual counsel brought mental, physical and spiritual healing to thousands during the late nineteenth and early twentieth centuries.

These selected passages from his book My Life in Christ focus on the purpose, manner and difficulty of prayer, the help of the church in heaven and on earth, sin and forgiveness, spiritual life and spiritual warfare, and the last things. They have been edited and translated from the original 300,000-word volume that continues to have a deep and widespread influence on Russian spirituality. The present volume conveys in English the essential qualities of a great spiritual master and canonized saint whose own life was a powerful example of the Christianity he preached so persuasively.

My Life in Christ (Holy Trinity)