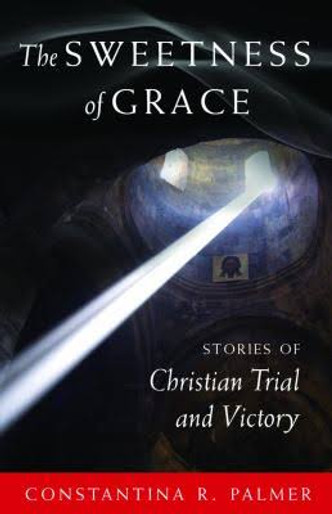 From the author of "The Scent of Holiness," The Sweetness of Grace is a collection of stories derived from conversations with Orthodox nuns, monks, and laypeople, along with experiences of Orthodox life in South Korea, Greece, and North America. Those who enjoyed Everyday Saints will enjoy these similar stories from other parts of the Orthodox world. The book includes conversations with monastics, priests and laypeople and stories of the sweet and difficult aspects of Christian life. The stories span three continents, including experiences in South Korea, Greece, and North America.

Constantina R. Palmer is from New Brunswick, a quaint province on Canada s Atlantic coast. She lived in Thessaloniki, Greece for almost six years, during which time she received a Master s degree in theology from Aristotle University, studied Cretan style iconography, as well as Byzantine chant. Not one to simply learn from books she also spent significant time at a number of women s monasteries throughout northern Greece. Currently, she lives with her husband, an Orthodox priest, in the province of Newfoundland and Labrador in Canada, serving the only Orthodox parish on the island of Newfoundland. She is also a social worker.

Year of Grace of the Lord, The

The Orthodox Faith, vol. I: Doctrine