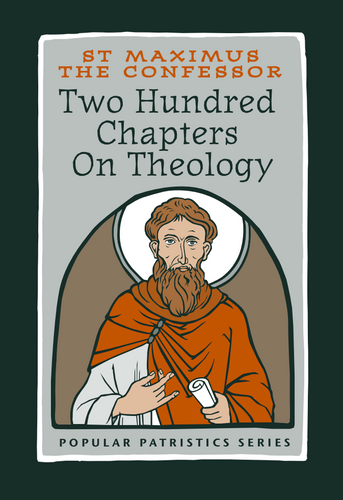 The Chapters on Theology is one of Maximus’ most eclectic writings. In this short piece, Maximus discusses many diverse themes, including God's relation to the cosmos, monastic discipline and life, scriptural difficulties, and his vision of the consummated universe in relation to the incarnate Word of God. The work is arranged into two hundred “chapters,” which are often pithy pearls of wisdom coming from the respected figure of an elder or abbot. Chapters tend to address a range of issues monks would face in the course of their spiritual progress. As such, chapters differ in complexity, although many exhibit intentional ambiguities in order to speak meaningfully with the same sentence to those at different points in their spiritual journey.

The wisdom of these ancient words has transcended its time and place, and continues to be an inspirational piece, the insights of which are just as applicable today as they were nearly a millennium and a half ago.

About the Translator:  Luis Joshua Salés is a native of Mexico City who has studied Patristics and is currently completing his doctorate in early, medieval, and Byzantine Church history at Fordham University, where he plans to write a dissertation on Maximus’ theory of virtue. His main interest is the Greek, Latin, Syriac, and Arabic Christian appropriations of the Classical traditions of ethics, logic, and metaphysics.