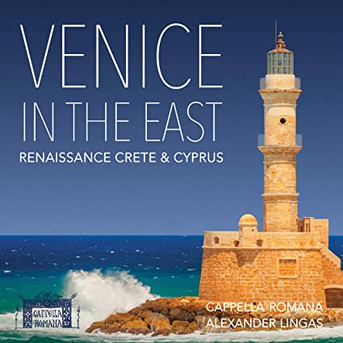 This profoundly moving and powerful music bears witness to how ancient Greek and Latin liturgical traditions were richly embellished during the Renaissance on the islands of Crete and Cyprus, all within the shared cultural space of Venetian rule. First performed by Cappella Romana at the Early Music Festival in Utrecht (Netherlands). Vocal ensemble Cappella Romana combines passion with scholarship in its exploration of early and contemporary music of the Christian East and West. Its name refers to the medieval Greek concept of the Roman oikoumene (inhabited world), which embraced Rome and Western Europe as well as the Byzantine Empire of Constantinople (''New Rome'') and its Slavic commonwealth. ''A sound world of unique beauty.'' (Gramophone) ''You'd have to have ice water in your veins to not be moved.'' (Willamette Week)

The Spirituality of the Christian East