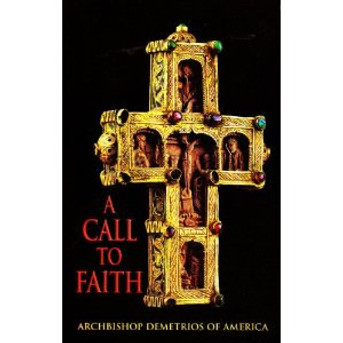 A collection of 18 addresses presented by the sixth Archbishop of America of the Greek Orthodox Church. Some sections of text are in Greek.

On September 18, 1999, His Eminence Archbishop Demetrios was enthroned as the sixth Archbishop of the Greek Orthodox Archdiocese of America. Certainly, this historic and majestic event was the beginning of a new era for the Church in America. It was also the inauguration of an archpastoral ministry that would be both an embodiment and a bearer of a call to faith. This volume is a select compilation of addresses and lectures over the first five years of the Archbishop's ministry that highlight this call.