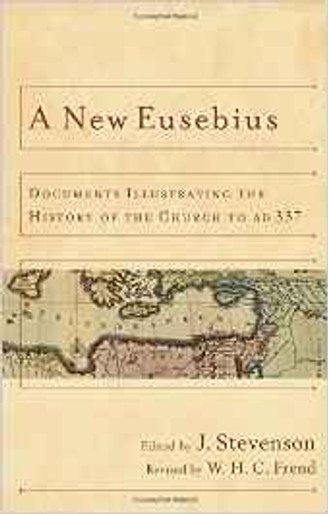 This coursebook of primary texts illustrates the history of Christianity from the first century to the death of Constantine. It covers all major persons and topics in early Christian life and thought and includes Gnostic texts and anti-Christian polemic.

"For half a century, A New Eusebius has been the means by which many of us first heard the voices of the early Christians in their own recording. Chronologically ordered and topically selected, this anthology still provides the most noteworthy witnesses to the Church's formation in its sufferings, doctrinal disputes, and professions of faith." -D.H. Williams, professor of patristics and historical theology, Baylor University

W. H. C. Frend (1916-2005) was chair of ecclesiastical history at the University of Glasgow, a Fellow of the British Academy, and a Fellow of the Society of Antiquaries of London.

A Second Look at the Second Coming: Sorting Through the Speculations