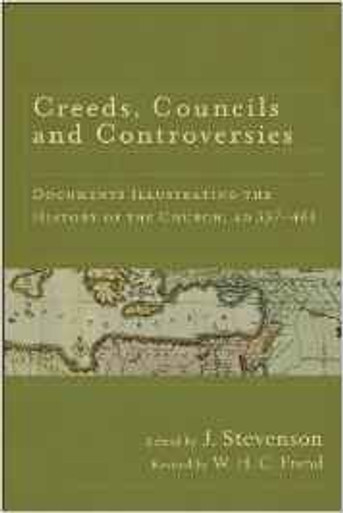 This sourcebook of primary texts illustrates the history of Christianity from Nicaea to St. Augustine and St. Patrick. It covers all major persons and topics in the "golden age" of Greek and Latin patristics.

"J. Stevenson's classic two-volume compilation, A New Eusebius and Creeds, Councils and Controversies, assembles snippets from a wide range of hard-to-find materials: acts of Christian martyrs, conciliar documents, fragments from heretics and persecutors, inscriptions on coins and catacombs, snatches of gossip in scattered letters. The final result is a brilliant mosaic of early Christianity." -William Harmless, author of Augustine in His Own Words

W. H. C. Frend (1916-2005) was chair of ecclesiastical history at the University of Glasgow, a Fellow of the British Academy, and a Fellow of the Society of Antiquaries of London.

Confession with Examination of Conscience and Common Prayers

Confession with Examination of Conscience and Common Prayers (Hardcover)