A Psalter for Prayer 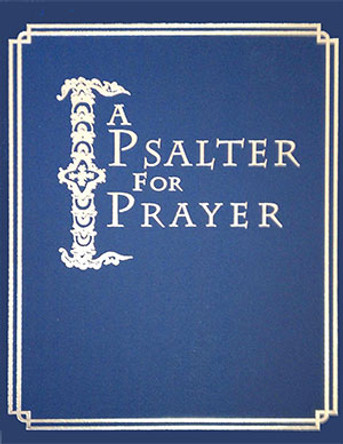 A Psalter for Prayer

A Psalter for Prayer is the first major English edition to include all the prayers needed to read the Psalter at home according to an Orthodox tradition that reaches back to the time of the desert fathers, known popularly as the ‘cell rule’. In addition, the contents include many texts, traditionally printed in Orthodox Psalters, that are not easily found in English, such as the Rite for Singing the Twelve Psalms, directions for reading the Psalter for the Departed and much more.

The Psalms and Nine Biblical Canticles have been adapted from the classic Miles Coverdale translation of the Book of Psalms and the King James Version of the Bible. The text has been carefully edited to agree with the original Greek of the Septuagint, as well as to the Latin and Church Slavonic translations, and has been approved for use within the Russian Orthodox Church Outside of Russia.

Printed in large print on acid-free paper, with rubrics in red, this book is sturdily bound to withstand regular use. It is further enhanced by the two gold marker ribbons.

A Pocket Psalter for Prayer

A Pocket Psalter for Prayer

The Kathisma Psalter with the Nine Canticles