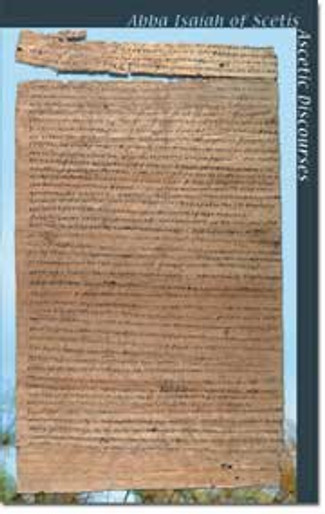 Written in the fifth century, during one of the most formative periods of christian monasticism in Egypt and Palestine, The Ascetic Discoursesshow a strong influence of the Scripture, both Old and New, and of Early monastic writers. They are marked by a faithfulness to tradition, yet equally by a note of originality distinctive to the Gaza region. Abba Isaiah has set forth a practical guide for monks, ever aware of the challanges that interpersonal relationships present within monastic communities.

John Chryssavgis is a Professor of Theology at the Holy Cross Greek Orthodox School of Theology in Boston. He completed his udergraduate studies in Athens and earned his doctoral degree at Oxford. Recent publications include The Way of the Fathers: Exploring the Minds of the Church Fathers (1988), Beyond the Shattered Image: Insights into an Orthodox Ecological Worldview (1999), and Soul Mending: The Art of Spiritual Direction (2000).