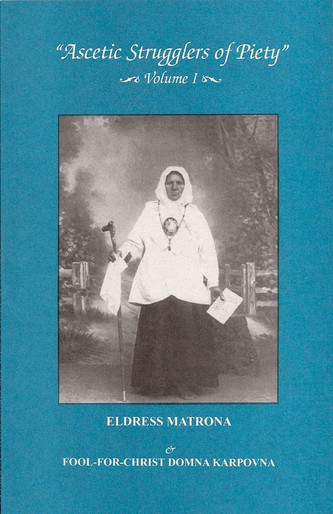 “In this present century, a century of unbelief, many are strenuously trying to convince themselves and others that Orthodoxy has disappeared, that the ascetics of Orthodoxy have long ago passed into the realm of legend. Due to the lack of moral training today, such false views find favorable soil for themselves. Having lost their faith, alien to a religious foundation, and weak in spirit, the people of this age are oppressed by a certain sorrow, a certain inward sadness; many call themselves unhappy or miserable, feel burdened by life, and come to suicide. At the same time, the people who faithfully follow Christ find that blessedness which was lost by Man in Paradise. Such people were the Apostles, Saints, Martyrs, Confessors, Holy Unmercenaries, and others. Such were also those whom we call ‘blessed’ or ‘fools-for-Christ’s-sake.’” -from Introduction

Ascent to the Summit: The Life and Martyric Death of Fr. Igor Rozin

Apostle of the Crucified Lord: A Theological Introduction to Paul & His Letters

At the Ringing of the Bells - The Paschal Martyrs of Optina

Akathist to the Mother of God Healer of Cancer