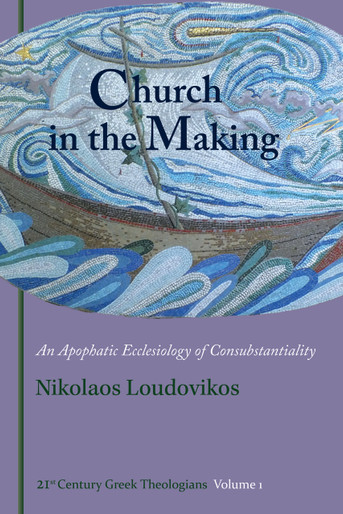 Over the past fifty years, Orthodox theologies of ecclesiology have been revoling around competing schools of ecclesiology—one “universal,” the other “eucharistic.” Father Loudovikos, in this masterful interconnected series of studies, moves beyond this dialectic by exploring the very mode of the Church’s existence.

In the end, it is the profound theological insights of St Maximus the Confessor that propel Father Loudovikos beyond the familiar borders of ecclesiology and into a new way of understanding the Church’s self that is indissolubly linked to the human person and his participation in the divine Love that is God.

"While addressing the crisis of ecclesiological “infancy” in Greek Orthodoxy, Loudovikos’s rigorous reexamination of historical ecclesiology results in a monumental contribution to ecumenical ecclesiology. His book provides real hope that longstanding binaries such as visible and invisible, hierarchy (institutionality) and charism, sacramentality and asceticism, etc., can be reconciled, especially through appeal to the “apophatic ecclesiology of consubstantiality” that Loudovikos discerns in Maximus the Confessor. This is the Church not reducible to “essence” or “existence” but contemplated as dynamically in motion, “in the making,” participant in the living but incomprehensible God, and anticipating through its Eucharist the genuinely eschatological reality of the ekklesia, namely, the natural and not just “personal” communion which is the Church."

"Following in the footsteps of St Maximus, Loudovikos draws on the concept of the divine energies to elaborate a profound and compelling vision of the Church".

The Rev Nicholas Loudovikos is professor of dogmatics and chair of the Department of Theological and Pastoral Studies at the University Ecclesiastical Academy of Thessaloniki, as well as visiting professor at the Institute for Orthodox Christian Studies of Cambridge and at the University of Winchester. He is the author of numerous books and articles on Maximus the Confessor and Orthodox Dogmatic Theology.

Eucharist, Bishop, Church: The Unity of the Church in the Divine Eucharist and the Bishop During the First Three Centuries