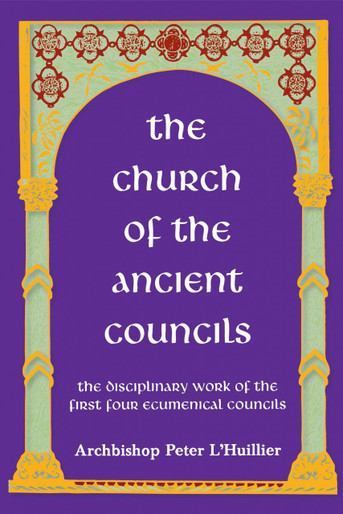 "Just as the four books of the holy gospel, so also I confess to receive and venerate four councils."

With these words Pope St Gregory the Great of Rome (Ep. 1.24) expressed his respect for the authority of the four most ancient ecumenical councils: Nicaea (325AD), Constantinople (381), Ephesus (431) and Chalcedon (451). These councils not only defined Trinitarian and Christological dogma in terms which ever since have been regarded as normative by the major Christian confessions of East and West. They also laid down canons and disciplinary decrees which constitute a milestone in the history of church order, signaling as they do a shift from the multifarious customary law of earlier centuries to a written law universally applicable throughout the Church. But these ancient canons have more than merely historical interest.

Their continuing influence can still be felt in the modern codifications of the Roman Catholic Church and elsewhere among Western Christians. For the Orthodox East, however, their importance is even greater. Constituting the core of the corpus canonum common to all the Orthodox Churches, these canons remain the primary point of reference for their institutional life.

Given the great importance of these canons of the ancient ecumenical councils, what precisely do they say and mean? What was the intention of their authors, the fathers of those councils? With the present work, His Eminence Archbishop Peter (L'Huillier) has given the English-speaking world authoritative answers to such questions. After providing an historical overview of each of the four councils, he meticulously examines their canons one by one. He translates them into clear and readable English on the basis of the best modern critical editions; he explains the sometimes ambiguous terminology of the original texts; he explorers the historical circumstances which gave rise to these canons in the first place; and he also indicates some of the ways in which they have been reinterpreted (and sometimes misinterpreted) in later centuries.

The author does not claim to give answers to all the questions which we today might wish that the ancient canons addressed. Rather, as a scholar, he seeks to engage others in the challenges which honest scholarship poses, to lead them into the world of the ancient councils in order to discover the mens legislatoris. And at the same time, as a bishop, he seeks to discern the continuing significance of the ancient canons for the life of the Church today. The result is a critical study which will long remain an essential reference work for historians and churchmen alike.

Archbishop Peter L'Huillier is Archbishop of the New York and New Jersey diocese of the Orthodox Church in America, and Adjunct Professor of Canon Law at St Vladimir's Orthodox Seminary.