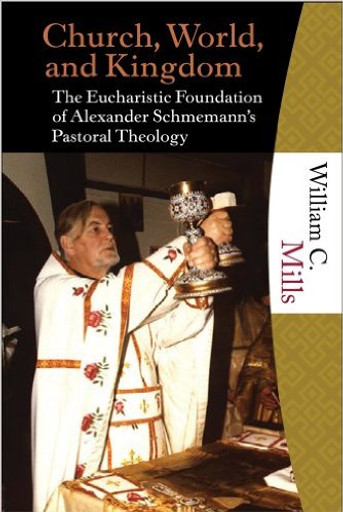 In Church, World and Kingdom: The Eucharistic Foundation of Alexander Schmemann's Pastoral Theology, author William C. Mills analyzes the pastoral and Eucharistic theology of the world-renowned Eastern Orthodox priest, pastor, professor, seminary dean, theologian, and author, Alexander Schmemann. Schmemann's theological legacy has influenced all levels of Church life. His books, articles, essays, and sermons are known world-wide and translated into numerous languages and have been referenced by theologians in the East and the West. William C. Mills expertly reminds us that for Alexander Schmemann, the scriptures, doctrine, faith, teachings, practices, and prayers of the Church are expressed and fully realized in the Eucharistic gathering. Alexander Schmemann's theology was influential from the Second Vatican Council onward, not only on his own Orthodox tradition, but also on Roman Catholic and Protestant liturgical theology. This new research has shed light on the importance of the liturgical and Eucharistic context for ministry, especially highlighting the spiritual, practical, and theological preparation of ordained clergy and the general ministry of the entire body of Christ. This book is primarily devoted to Schmemann's pastoral theology, and will be a welcome addition to the academic and popular understanding of ordained and lay ministry within Christendom, especially within the Orthodox and Roman Catholic sacramental tradition.

Rev. William C. Mills is an Orthodox priest of Charlotte, North Carolina and is a Rector of the Nativity of the Holy Virgin Orthodox Church. He holds a PHD in Pastoral Theology from the Union Institute and University in Cincinnati, Ohio. He is the author of A 30 Day Retreat, as well as numerous essays and book reviews that have appeared in America, Congregation, Cistercian Studies Quarterly, Pro Ecclesia, Logos, and Theological Studies.

Christology: Discovering Jesus Christ Through the Eyes of a Contemporary Saint