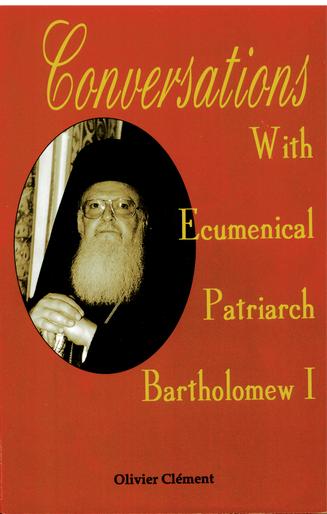 At the dawn of the third millennium, and following the collapse of Communism, what does the future hold for the 250 million Christians who belong to the Orthodox Church? The words of Patriarch Bartholomew, Primate of the Orthodox Church, are most timely. From the crisis of our civilization to the technological revolution, from new wars which devour the world to secularization and the rise of radical fundamentalist movements, Bartholomew openly addresses the modern situation. Whether he speaks of the modern world in light of the essential messages of his Church, on ecumenism, interfaith dialogue, or the need for a sacramental ecology, his words are both clear and timely.

His words allow us to discover a Church which has been crushed by history, but which has maintained the absolute centrality of the resurrection. According to Patriarch Bartholomew, we are called to recover the ethic and sanctity of transfiguration announced by primitive Christianity: God has become man so that man can become God.

The Patriarch's words are collected by Oliver Clement, who also provides the necessary historical background. A writer and theologian bridging the gap between East and West, Clement is the author of numerous, and already classic, works on Orthodox thought and spirituality.

The Patriarch and the Quilt, Paterikon for Kids 1

Children in the Church Today