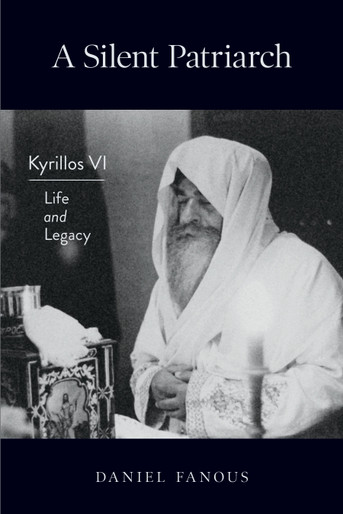 A Silent Patriarch: Kyrillos VI (1902–1971) is the first scholarly biography of the desert hermit who became a most unlikely patriarch. Until now the details of his life have remained hidden. As patriarch, Kyrillos inherited a bleeding church, one confronted by political Islamism, an indifferent Muslim president, and the rise of the Muslim Brotherhood. Silent in the face of persecution, mockery, and criticism, Kyrillos stood at the head of a nearly impossible spiritual revolution. But by the time he reposed, everything had changed.

In this lucid biography, Daniel Fanous traces Kyrillos’ life from childhood, drawing upon hundreds of letters and sources never before seen, detailing Kyrillos’ unusual method of ecclesial reform, which speaks enduringly to the uncertainties of the present age. This is the story of Kyrillos VI, a most unlikely patriarch, and a silent urban recluse.

About the Author: Rev. Dr Daniel Fanous is dean and lecturer in Theology & Biblical Studies at St Cyril’s Coptic Orthodox Theological College in Sydney, Australia. He is the author of The Person of the Christ and Taught by God: Making Sense of the Difficult Sayings of Jesus (coming soon to SVS Press).

The Patriarch and the Quilt, Paterikon for Kids 1