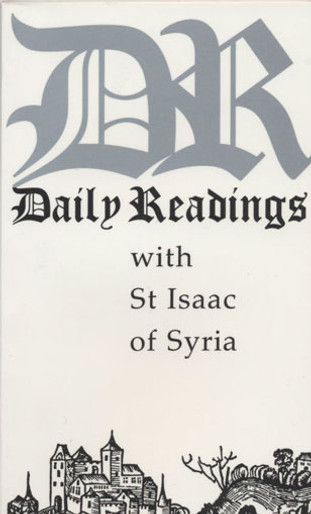 ‘St. Isaac of Syria is acknowledged as one of the greatest spiritual writers in the Eastern Orthodox tradition. His combination of penetrating insight and deeply felt compassion has appealed ot generations of readers in the past. Now that he appears in an accessible English version, I believe that he will find a multitude of new readers.’ -Metropolitan Anthony of Sourozh

St. Isaac lived in Nineveh in the seventh century. After only two months as a Bishop of the Church in the East he retired from public life and returned to the silence of the monastic way and to his writing.

A.M. Allchin, the editor, says: ‘there are words here which are never forgotten, words which speak with the clarity and vigour which we find in the Gospels themselves… Isaac can also tell us much about the inner journey of the human spirit.’ St. Isaac’s simple but profound words are ideal for daily meditation and throw fresh light on the spiritual path.

A.M. Allchin is the Director of the St. Theosevia Centre for Christian Spirituality at Oxford and Warden of the Sisters of the Love of God, Fairacres, Oxford. He is the author of a number of highly praised books and with Esther de Waal co-edited Prayers and Praises from the Celtic Tradition, one of the most popular titles in the Daily Readings Series.

This book is part of the Daily Readings Series edited by Robert Llewelyn, which present selections from the spiritual classics in a form suitable for daily reading and meditation. Other titles are listed inside this book.

Cross - Wooden on a Red Cord