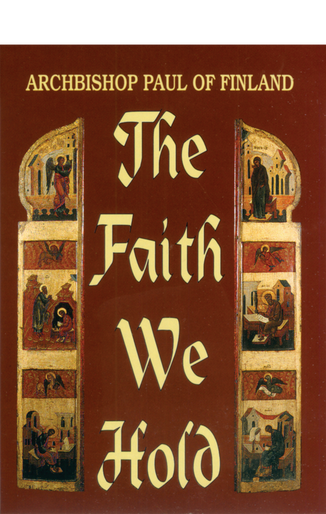 This remarkable little book was written "to describe Orthodoxy from the inside to those outside." At the same time, as its author suggests, it may serve as "an Episcopal pastoral letter" for the Orthodox themselves, for it deals with Orthodox faith in its most basic elements, revealing with remarkable simplicity and directness its messages of salvation for all mankind.

About the Author: Archbishop Paul of Finland was head of the Orthodox Church of Finland from 1960 to 1988. The spiritual vitality and growth which he brought to his church made him a nationally respected religious leader, and a respected voice throughout the Orthodox world.