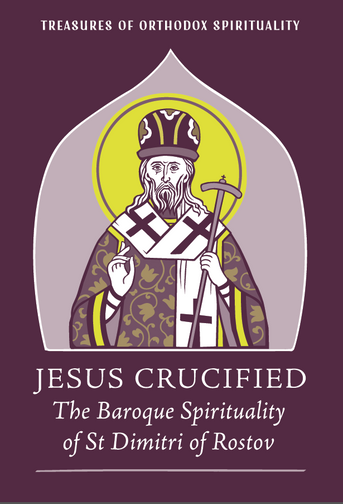 St Dimitri of Rostov (1651–1709), the "Russian Chrysostom," is well-known for his hagiographic writings, yet his other works are almost unknown to English-speaking audiences. For the first time in English, this work presents a broad selection of St Dimitri's prayerful and poetic works written for private devotion and printed posthumously in Russia, from the eighteenth century down to the present day.

St Dimitri focuses on the Christ's Passion while introducing readers to the world of Russian spirituality in the late seventeenth and early eighteenth centuries. The appendices feature a paschal letter written by St Dimitri to his friend Theologus, and a poem in honor of St Dimitri, which appeared in the first print edition of his Psalms. Including a detailed introduction and extensive notes supplied by the translator, this collection will be of interest to students and scholars of Russian history, the history of the Orthodox Church, and the history of Christian spirituality.

About the Author: John Mikitish is a doctoral student at Yale University and a priest of the Orthodox Church in America. He is the series editor of the Treasures of Orthodox Spirituality.

A Life Pleasing to God: The Spirituality of the Rules of St. Basil