Man and the Incarnation: A Study in the Biblical Theology of Irenaeus 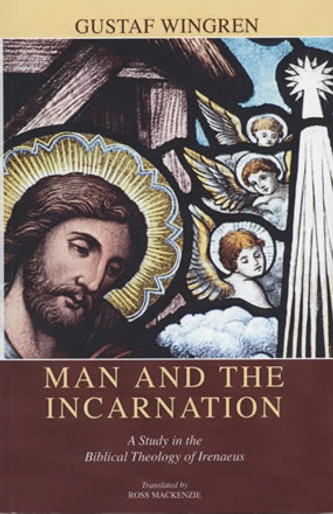 Man and the Incarnation: A Study in the Biblical Theology of Irenaeus

Wingren claims that "in a theologian like Irenaeus there are parts of the Biblical message which are interpreted in greater clarity and power than in any later period of Christian thought." As such, this book deserves the sympathetic attention of theologians both Catholic and Protestant. To summarize it is nearly impossible in view of the richness and fullness of the discussion. We may say, however, that for Irenaeus God made man for growth, yet man was defeated by that Satan whom God also created. The Son of God served to recapitulate and reverse Adam's fall and to restore humanity's lost God-given potentiality for growth. In the Church, through word and sacrament, Christ's benefits are made available to all. In the final consummation, "when man becomes like GOd and he is in actual fact becoming man." God and man are not fundamentally in opposition to one another.

The only thing to add about Wingren's book is that it must be read. There are very few studies of classical Christian theology which come close to it in clarity, completeness, or convincing power.

Gustaf Wingren (1910-2000) was Professor of Systematic Theology at Lund from 1951-1977. His other books include Luther on Vocation and Creation and Law.

The Death of Scripture and the Rise of Biblical Studies

Manual of Communion Prayers, A, vol. I [spiral-bound]

Manual of Prayer and Praise to the Theotokos, A [sprial-bound]

Marriage and Virginity according to St. John Chrysostom