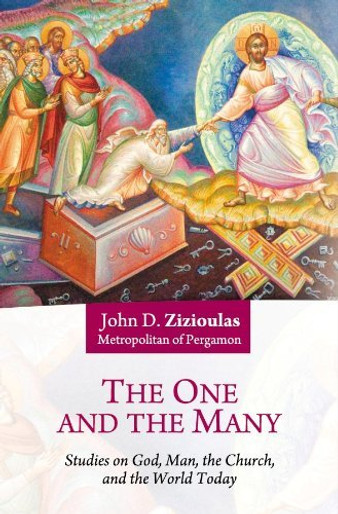 This volume offers a collection of Zizioulas articles which have appeared mostly in English, and which present his trinianatarian doctrine of God, as well as his theological account of the Church as the place in which freedom and communion are actualized. The title, The One and the Many, suggests the idea of a profound relationship that exists between the Persons in the Holy Trinity, between Christ and the Church, between one Catholic Church and many catholic Churches. On each of these levels of communion, each one is called to receive from one another and indeed to receive one another. And while this is understandable at the Triadological and Christological levels, it raises all sorts of fundamental ecclesiological questions, since the highest point of unity in this context is both the mutual ecclesial-eucharistic recognition and agreement on doctrine and canonical-eccelesiological organization.The book has the Preface written by Bishop Athanasius Yevtich, and an extensive and valuable Introduction (pp. xi-xxi) written by Paul Mc Partlan.

Wisdom for Today From the Early Church

Children in the Church Today

Christ and the Church: The Divine Eucharist as the All-Encompassing Mystery of the Church