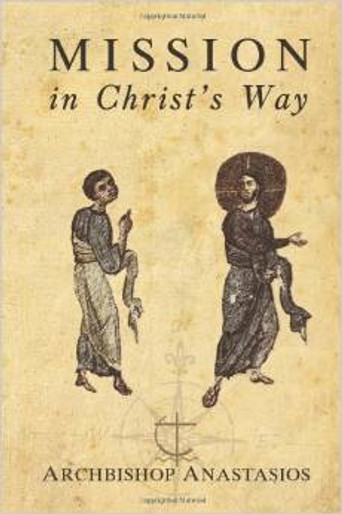 A collection of fifteen significant essays on Orthodox Christian Mission prepared by the author over his ministry. They demonstrate that mission is the work of the entire Christian Church, not just a specialized interest of a few experts. The papers have been edited to avoid repetitions, but they show the development of Orthodox Christian thinking on missions and evangelism. Prepared for various occasions over the years, from ecumenical conferences to Orthodox publications, each essay is introduced by its extensive publication history.

"There are some persons who, by virtue of their faithful and effective leadership, transcend their particular church community to become leaders for all Christians. Archbishop Anastasios Yannoulatos is such a figure. This collection of his essays deserves to be read by all Christians who care about the theology and practice of mission. Many readers, especially those involved in the ecumenical movement, will be heartened by his passionate insistence that mission is an essential characteristic of the church and by his emphatic call for common witness. Some readers may be surprised by his strong endorsement of inter-religious dialogue, his concern for new forms of poverty, destitution, injustice, and violence, or his courageous willingness to confess the wounds and errors that have diminished Orthodox commitment to mission. All readers will surely be challenged by the Archbishop s vision of mission in Christ s way." --Rev. Dr. Michael Kinnamon, General Secretary National Council of Churches in Christ, USA

Archbishop Anastasios of Tirana, Durres, and All Albania is the leading Orthodox thinker on Christian mission. Since becoming the Archbishop of Albania, he has overseen the resurrection of the Orthodox Church in that country, and has played an important role in the overall development of Albania. He is the founder of the Inter-Orthodox Mission Center, Porefthendes, in 1961. He has served as a missionary in East Africa and was the Orthodox Bishop of East Africa. He has been a Professor at the University of Athens. His writings have been translated into at least twelve languages.

St. Symeon of Emesa - The Fool for Christ's Sake

Ministry of the Church, The