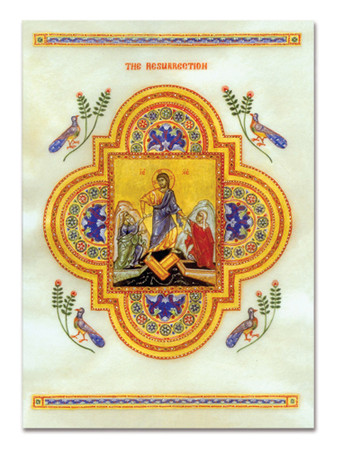 16 cards and envelopes Based on 11th and 12th-century Byzantine manuscripts, this illumination depicts Christ's Descent into Hades, releasing Adam and Eve from the death. Peacocks in the gold border symbolize angels and paradise. Inside text: "Christ is risen from the dead, by death hath He trampled down death, and on those in the graves hath He bestowed life." "Christ is risen!"