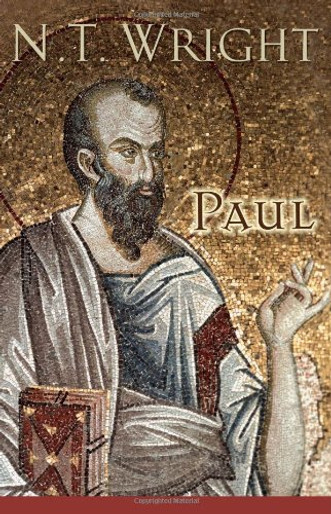 "For me," says N.T. Wright, "there has been no more stimulating exercise, for the mind, the heart, the imagination and the spirit, than trying to think Paul's thoughts after him and constantly to be stirred up to fresh glimpses of God's ways and purposes with the world and with us strange human creatures." Wright's accessible volume, built on his Cambridge University Hulsean Lectures, takes a fresh look at Paul in light of recent insights into his Jewish roots, his Hellenistic environment, his attitude toward the Roman Empire, and above all his unique reframing of central Jewish symbols in relation to his experience of the risen Christ. Wright then attempts a short systematic account of the main theological contours of Paul's thought and its pertinence for the church today.

Wright's decades of engagement with Paul and scholarship about him are nowhere more cogently and passionately presented than here. The result: a masterful, engaging, and enlightening portrait that situates Paul in his time and for our own.

"Wright expands the horizon of the new perspective... with another stimulating book. In it he again impresses his readers with his creativity and courage, his grand biblical-theological scheme, his systematic thinking, and his sincere pastoral concerns." -Review of Biblical Literature

N.T. Wright is the Bishop of Durham and one of the most widely read biblical scholars of our day. His formidable and influential writings include several Fortress Press books: The Climax of the Covenant (1992) and three volumes of his Christian Origins and the Question of God: The New Testament and the People of God (1992), Jesus and the Victory of God (1996), and The Resurrection of the Son of God (2003).

Explanation of the Epistle of Paul to the Galatians

The Theology of Paul the Apostle

Apostle of the Crucified Lord: A Theological Introduction to Paul & His Letters

Panagia - Orthodox Hymns to the Mother of God