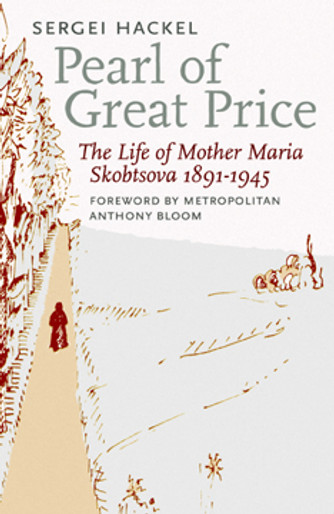 This is the moving story of Mother Maria Skobtsova, a nun of the Orthodox Church, who was born into a Russian aristocratic home but who died a martyr's death in one of Hitler's concentration camps. In the intervening years, the vicissitudes of life led her through two marriages, childbirth and childrearing, and exile from her homeland -- until she became an unconventional nun, devoted to the service of the destitute and the despairing in Nazi-occupied France.

Mother Maria was eventually consigned to Ravensbruck concentration camp because of her support of the Jews in Paris. There she continued to help those around her up until -- and even by means of -- her own death. Now canonized by the Orthodox Church as St Maria, she demonstrates how to love the image of God in each person, even when surrounded by hatred,  evil, and brutality.

About the Author: Sergei Hackel (+ 2005), priest of the Moscow Patriarchate in the UK, was for many years the editor of the ecumenical journal Sobornost and the "voice" of the BBC Russian religious broadcasts during the Soviet era.

Gateway to Paradise: Basil the Great