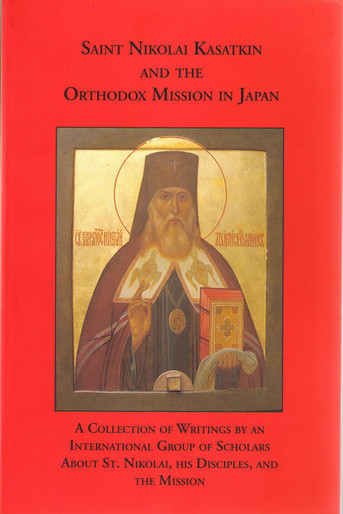 A saint and Equal of the Apostles of our own modern times, St. Nikolai personifies the ethos of Orthodox Christian evangelism. Many are familiar with his Grace-filled and tremendously fruitful mission in Japan, but little has been available in English until now.

This publication of Divine Ascent Press presents for the first time a collection of writings in English introducing the reader to St. Nikolai and the culture he encountered in Japan just as it was opening its doors to the world around it.

Articles written by several scholars and believers in Japan give new insight into his life and the struggles he faced as he tirelessly sought to fulfill the call of the Gospel. We see St. Nikolai mirrored in his diaries, as well as in the lives of his disciples, who were forever changed by their discovery of Orthodox Christianity through his unique mission.