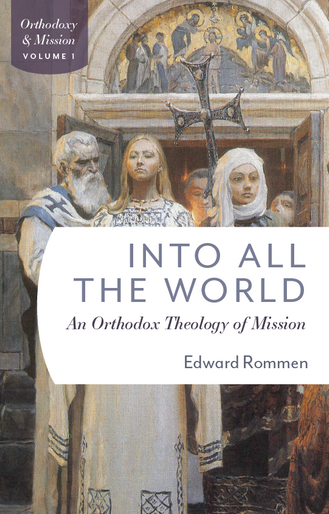 Fr Edward Rommen makes the case that it is now time to reexamine the theological underpinnings of the Eastern Orthodox Church’s mission to the world. Globalization has clearly altered the various fields on which missions are carried out. Christians in the West, to their credit, have been actively developing a missional response to these changes. As a result, missiology and missions theology are well established in the academic institutions of the West. However, the Orthodox Church has, in spite of its rich history of missionary activity, been notably absent from these discussions. But now this is changing.

As the constraints of political and religious oppression have eased, the Church is awakening to its own history, but more importantly to its own missionary responsibility. There has been a great deal of fresh activity among Orthodox scholars that can enrich our reexamination of the Church’s mission. So it is now indeed an opportune time to tap into the biblical, historical, and traditional resources of the Orthodox Church and attempt to reformulate a systematic, theological statement of the rationale and goal of mission, to reaffirm the centrality of the Church in missionary outreach, to describe for a new generation the nature of the gospel and the basic content of church education, and to rearticulate the guidelines that should govern our mission work.

About the Author: Very Rev. Dr. Edward Rommen holds doctorates in missiology and theology. He is the author of several books, including Come and See: An Eastern Orthodox Perspective on Contextualization. Fr Edward is an adjunct professor at Duke University.

One Flew Over The Onion Dome

Jesus Christ: His Life and Teaching, Vol. 1 The Beginning of the Gospel