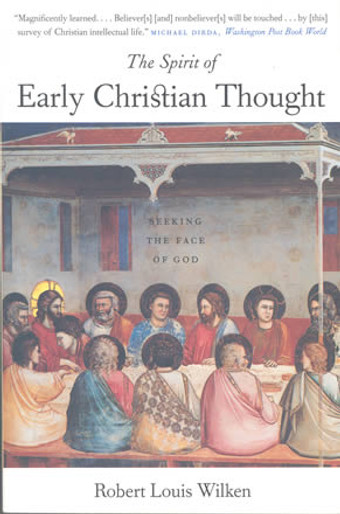 In this eloquent introduction to early Christian thought, eminent religious historian Robert Louis Wilken examines the tradition that such figures as St. Augustine, Gregory of Nyssa, and others set in place. Wilken shows how these early thinkers constructed a new intellectual and spiritual world and can still be heard as living voices in the modern world.

"[From] a foremost scholar of the early Church,... an effective, dependable, even inspiring introduction to early Christian theology for the educated reader, ... masterfully and attractively presented." -Joseph G. Mueller, S.J., Theological Studies

Robert Louis Wilken is William R. Kenan Professor of the History of CHristianity at the University of Virginia. His previous books include The Christians as the Romans Saw Them and The Land Called Holy: Palestine in Christian History and Thought, both available in paperback from Yale University Press.

Prayer Book of the Early Christians

Speaking the Truth in Love