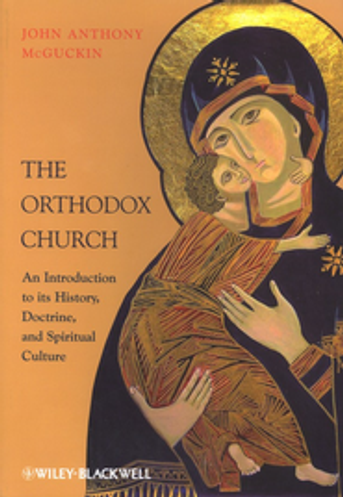 A comprehensive study of the historical and theological development of Eastern Christianity, John Anthony McGuckin traces Orthodoxy's roots from the formation of its biblical, doctrinal and spiritual culture, while explaining the richness of Eastern Christian traditions. Scholarly, timely, and thought-provoking, The Orthodox Church provides Orthodoxy with a long-awaited voice to engage in a meaningful dialogue with contemporary Western culture.

Written by one of the leading Orthodox theologians in the English-speaking world, The Orthodox Church: An Introduction to its History, Doctrine, and Spiritual Culture will unlock the deep mysteries of Eastern Christianity to Westerners.

Father John Anthony McGuckin is a Stavrofor Priest of the Romanian Orthodox Church. he is the Nielsen Professor of Early Christian and Byzantine Church History at Union Theological Seminary, and Professor of Byzantine Christianity at New York's Columbia University. Professor McGuckin has published more than twenty books on religious and historical themes and is considered one of the most articulate spokespersons of the early Christian and Eastern Orthodox writing in English today.

The Orthodox Faith Volume One: Doctrine and Scripture

The Nativity of Christ, Paterikon 12