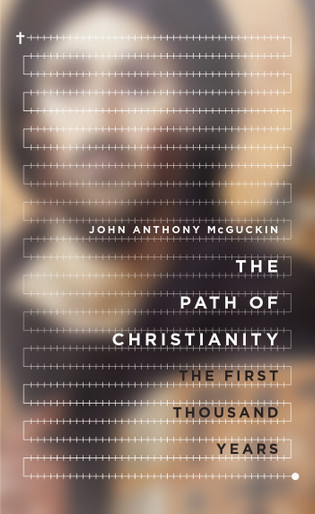 John Anthony McGuckin, one of the world's leading scholars of ancient Christianity, has synthesized a lifetime of work to produce the most comprehensive and accessible history of the Christian movement during its first thousand years. The Path of Christianity takes readers on a journey from the period immediately after the composition of the Gospels, through the building of the earliest Christian structures in polity and doctrine, to the dawning of the medieval Christian establishment. McGuckin explores Eastern and Western developments simultaneously, covering grand intellectual movements and local affairs in both epic scope and fine detail.

The Path of Christianity is divided into two parts of twelve chapters each. Part one treats the first millennium of Christianity in linear sequence, from the second to the eleventh centuries. In addition to covering key theologians and conciliar decisions, McGuckin surveys topics like Christian persecution, early monasticism, the global scope of ancient Christianity, and the formation of Christian liturgy. Part two examines key themes and ideas, including biblical interpretation, war and violence, hymnography, the role of women, attitudes to wealth, and early Christian views about slavery and sexuality. McGuckin gives the reader a sense of the real condition of early Christian life, not simply what the literate few had to say.

Written for student and scholar alike, The Path of Christianity is a lively, readable, and masterful account of ancient Christian history, destined to be the standard for years to come.

John Anthony McGuckin held the Nielsen Chair in Late Antique Christian History at Union Theological Seminary and was professor of Byzantine Christian Studies at Columbia University in New York City. He is an archpriest of the Romanian Orthodox Church, and rector of the Orthodox Church in Lytham St. Annes, England. He serves on the faculty of church history at Oxford University, and is a fellow of the Royal Historical Society of the United Kingdom.

McGuckin has been awarded several honorary doctorates, and has written twenty-five works of historical theology, including St. Cyril of Alexandria: The Christological Controversy, St. Gregory of Nazianzus: An Intellectual Biography, The Westminster Handbook to Patristic Theology, and The Ascent of Law.

The Philokalia, Volume I