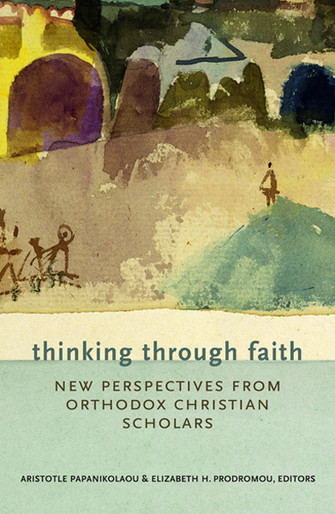 Within these pages a younger generation of Orthodox scholars in America takes up the perennial task of transmitting the meaning of Christianity to a particular time and culture. This collection of twelve essays, as the title “Thinking Through Faith” implies, is the result of six years of reflective conversation and collaboration regarding core beliefs of the Orthodox faith, tenets that the authors present from fresh perspectives that appeal to reason and spiritual sensibilities alike.

About the Editors:  Aristotle Papanikolaou is an Associate Professor of Theology and Co-Founding Director of the Orthodox Christian Studies Program at Fordham University. Elizabeth H. Prodromou is Assistant Professor of International Relations, and a Research Associate of the Institute on Culture, Religion and World Affairs at Boston University.

The titles of the essays are: