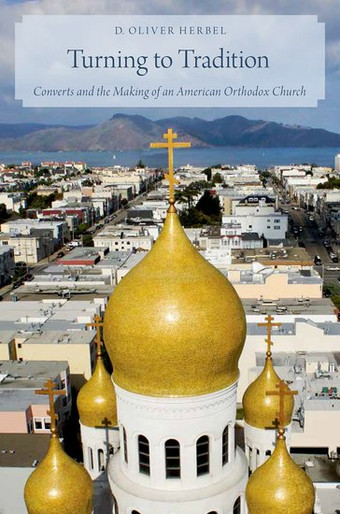 Recent years have seen increasing numbers of Protestant and Catholic Christians converting to Eastern Orthodox Christianity. In this book D. Oliver Herbel examines Christian converts to Orthodoxy who served as exemplars and leaders for convert movements in America during the twentieth century. These convert groups include Carpatho Rusyns, African Americans, and Evangelicals.

Religious mavericks have a long history in America--a tradition of being anti-tradition. Converts to orthodoxy reject such individualism by embracing an ancient form of Christianity even as they exemplify it by choosing their own religious paths. Drawing on archival resources including Rusyn and Russian newspapers, unpublished internal church documents, personal archives, and personal interviews, Herbel presents a close examination of the theological reasons for the exemplary converts' own conversions as well as the reasons they offered to persuade those who followed them. He considers the conversions within the context of the American anti-tradition, and of racial and ethnic tensions in America. This book offers the first serious investigation of this important trend in American religion and the first in-depth investigation of any kind of African-American Orthodoxy.

D. Oliver (Fr. Oliver) Herbel holds a doctorate in historical theology from Saint Louis University. He is the author of Sarapion of Thmuis: Against the Manichaeans and Pastoral Letters as well as articles and book chapters, many of which concentrate on Orthodox Christianity in America. He currently serves as the priest of Holy Resurrection Orthodox Church in Fargo, ND, and as a chaplain in the North Dakota Air National Guard.

The Christian Tradition, Volume 1: The Emergence of the Catholic Tradition (100-600)

Turning the Heart to God

Clergy Killers: Guidance for Pastors and Congregations under Attack

The Way of the Spirit: Reflections on Life in God

Two Become One: An Orthodox Christian Guide to Engagement and Marriage