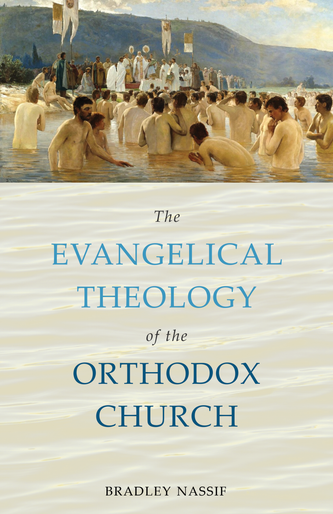 *** The eBook edition is now available for purchase, click here ***

In the essays offered in this book, Bradley Nassif argues that an evangelical (gospel) vision is embedded in the entire structure of the Church, and that it must be kept clear and central for local parishes to flourish. He also explores the elements of faith that Orthodox and Evangelicals share, without glossing over their differences, thus offering a means of mutual understanding and enrichment. He concludes by documenting the background of an emerging global dialogue between the two traditions. Dr Nassif "is the leading world-expert on the dialogue of the Orthodox Church with Evangelical Protestant traditions." - Fr John McGuckin (Oxford University)

Dr. Bradley Nassif is an Orthodox Christian, scholar, and trusted spokesperson for Orthodoxy, known especially for his ecumenical involvement and active role in Orthodox evangelism. Raised within the Orthodox Church as a Lebanese-American, Dr. Nassif also spent some time worshipping in the Evangelical tradition in his youth. His experience in both realms has made him a pioneer in Orthodox-Evangelical relations. His life experience, combined with his knowledge of Orthodox faith and history, places him in a unique position from which to articulate the Orthodox faith to a diverse audience.